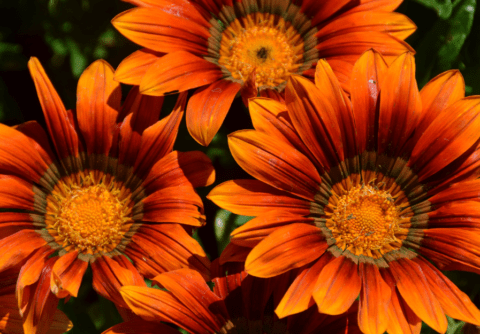 The merry month of May

Warm weather and spring blooms welcome the month of May. We are so thankful for all of the support we receive from the North Texas community. This month’s issue celebrates our wide range of community supporters from foundations to volunteer service projects, as well as our own Auxiliary of Nexus.

We also feature an interview with Nexus alumna, Michelle “Che” Grimes, who has been with Oxford House after leaving treatment last year and has recently moved into a place of her own. Nexus partners with Oxford House, a nonprofit network of houses that provide low-cost housing for those in recovery, so that clients have a safe and secure place to go to after treatment.

Support the women and children of Nexus by participating in the Auxiliary’s Pop-Up Flower Shop drive-through experience. It’s not too late to order your Mother’s Day bouquet! Order online or in person and pick up your arrangements via our drive-through event at Nexus’ from 2:00 p.m. – 4:00 p.m. on Saturday, May 8.

Nexus is excited to announce a recent $100,000 gift from the Hillcrest Foundation, Bank of America, N.A., Co-Trustee in support of sustainability and infrastructure improvements for Nexus’ 50th anniversary. This award will help enhance security at Nexus and ensure that the women and children we serve can receive treatment and care with dignity, regardless of ability to pay.

The Hillcrest Foundation has demonstrated its commitment to the women and children of Nexus through its history of giving, offering support for specialty therapies for children, basic needs for our clients, and access to treatment services for low-income women as well as the renovation and expansion of our cafeteria and facilities to accommodate more clients.

Founded in 1958 by Mrs. W.W. Caruth, Sr., the Hillcrest Foundation provides financial support to qualified charitable organizations for the advancement of education, the promotion of health and the relief of poverty in Texas.

Nexus hosted several volunteers from SMU on Saturday, April 10, in honor of The Big Event 2021. On this day of service, SMU students served at 14 different sites across the Dallas area. Volunteers at Nexus helped landscape and beautify our campus by planting flowers in our front entrance and around campus and cleaning up our Serenity Garden.

“Our clients appreciate spending time outdoors and benefit from our gardens and green spaces, which provide a calming and serene environment for their treatment and healing,” says Stacey Burns, Chief Clinical Officer. “We are so excited to have partnered with SMU on this day of service and truly appreciate the volunteer’s hard work and beautification of our campus!”

The Big Event is the largest, one-day, student-run service project in the nation. Each Spring, tens of thousands of students nationwide gather to service their communities through acts of service. On this day, college students are able to unite as one to be a part of something bigger than themselves. The Big Event was established at Texas A&M University in 1982 and continues to impact communities 36 years later.

Thank you to SMU and the students who served at Nexus this year! We look forward to continuing this partnership in the years to come.

This month, we feature, Nexus alumna, Michelle “Che” Grimes, who stopped by Nexus to share her recovery journey and experience living at Oxford House after treatment.

Che was born in Corpus Christi and remembers having a good early childhood, celebrating holidays with her family. Things changed as her mother’s struggles with substance use worsened and she could no longer provide structure and stability. After experiencing trauma, Che left home at the age of 15 and grew up very quickly, maintaining a fast life style of drinking and partying. She ended up in Dallas in 2005 and started abusing heroin and eventually prescription painkillers. With a past history of accidents and injuries, getting a prescription was easy and allowed her to use opiates legally. Her opiate addiction escalated as the years went by, leading to overdoses and legal troubles. Even as her circumstances worsened, Che was too scared to ask for help.

However, something changed on New Year’s Eve in 2019. Che woke up that day and asked a friend for a ride to Nexus. In spite of years of using, she had never been to treatment and never received therapy for her past traumas. “They always say, ‘You get sick and tired of being sick and tired’, but for me, that was an understatement. I had already almost died a couple of times. I could not go to jail again,” recalls Che. “I knew I had to show some initiative. I had to change something.”

Che credits Nexus and its Recovery Support Services (RSS) for helping her start her new life. When she left treatment, she had nothing. RSS staff helped her with bus passes when she needed them and helped her get an ID. If RSS staff couldn’t provide the service directly, they would provide referrals to help her.

Shortly after leaving treatment, Che entered into Oxford House with the help of Nexus, who paid the sobriety fee. According to Che, “Oxford House offers a new way of life and provides the tools and guidance to be able to live it.” Each house is a self-sufficiently ran, democratic house that provides structure and life skills for those in recovery and requires accountability. Residents are required to work an Alcoholic Anonymous or Narcotics Anonymous program, have a sponsor, and work the steps.

Over the past 14 months, Che has been in two different Oxford House chapters, even serving as the Housing Services Chair, which provides support for housing services. In her role, she regularly worked with Tiffani Rock, her Recovery Coach in RSS, to help place Nexus alums in need of housing into area Oxford Houses. “I was trying to help the next person, the way I was helped,” says Che.

Reflecting on her journey and time in treatment, Che says, “Nexus gave me the tools so that I could save my life. I will never go back to where I came from.” Committed to her recovery and ready to start the next phase of her life, Che moved out of Oxford at the end of April.

The Auxiliary of Nexus needs you!

The Auxiliary of Nexus is a membership-based and service-oriented group whose mission is to support and promote the interests of Nexus Recovery Center. The Auxiliary accomplishes this mission by building a strong and active membership, stimulating public awareness, and helping in the financial support of Nexus’ services and projects.

Members of the Auxiliary make our community a better place by putting in countless volunteer hours each year, planning and implementing special events to raise money for Nexus. Since its founding in 1996, the Auxiliary of Nexus has made a difference for women and children seeking recovery – and has managed to have a lot of fun along the way!