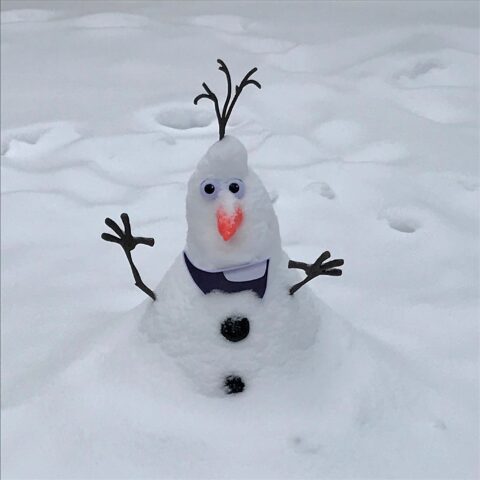 An admission of powerlessness, rigorous honesty, and deep humility are some of the core requirements of women seeking sobriety. In 1971, a group of women on their own recovery journey had the foresight to create High Hopes Rehabilitation Center – a residential substance use disorder treatment facility for women only. They understood then, and it holds true 50 years later, that women need a safe place to take a deep look at past traumas, address underlying mental health disorders, and begin their sobriety journeys. The name of High Hopes was changed to Nexus in 1983. Since then, our team has walked with women and mothers along the path to recovery.

As one of a few residential treatment centers in the state to admit pregnant women and women with young children into treatment, Nexus is the only option for many mothers seeking to start a new future for her family. Our Nexus community continually strives to remove the barriers that exist for women, especially mothers, reaching out for help.

We celebrate our 50th anniversary this year and invite supporters to be a part of our 50 for 50 Campaign, focusing on continued security, community, and dignity for the women and children we serve.

Like the rest of Texas, Nexus was also impacted by the arctic temperatures that swept through the state during the week of February 14th. As a residential treatment center, Nexus operates 24 hours a day, 365 days a year. Throughout the winter weather, Nexus continued providing a safe and secure place for the women and children in residence. In spite of icy roads and conditions at home, a dedicated group of Nexus staff went above and beyond their duties, some spending up to four nights sleeping on campus and working double shifts, to meet our clients’ needs.

Because of staff shortages, program staff also helped prepare meals in the kitchen and shuttled staff to and from their homes so that they could make their shifts. On Friday, Dori DeMay and Amanda Thompson, Recovery Advocates; along with Pregnant and Parenting Women with Children (PPWC) Program Director, Sara Brown, cleared the icy sidewalks. Clients saw staff hard at work and also pitched in to help. As per Dori, this kind of collaboration is “a great example of our team spirit at Nexus.”

The Nexus Board of Directors provided a special acknowledgment for 40 of these staff members that went above and beyond during the storm, including personalized notes and an unexpected gift card, as a way to say thank-you. Clients remained in good spirits despite the freezing temperatures. Some even took advantage of the snow and built snowmen to cheer up our frozen campus.

Did you know? There are 22.35 million Americans in recovery from an alcohol or substance use disorder (Kelly, J.F. et al., 2017). Recovery is possible and there are many pathways for individuals seeking sobriety. Nexus CEO, Heather E. Ormand, recently published an op-ed piece in The Dallas Morning News on the struggles of long-term sobriety. As someone in long-term recovery, Heather knows firsthand what it means to live with an alcohol use disorder and the dedication and commitment it takes to remain sober. “Actively struggling in an addiction is terrifying. It’s such an isolating disease that robs us of our families, relationships and self-worth,” she says. “For me, getting sober was and remains the best thing that ever happened to me. Without my recovery, I would never have met my husband, become a mother or been able to join the Nexus team.”

This month, we had the chance to visit with a former client, Victoria Morris (formerly Harris) and her daughter, Tiffani Lewis. Victoria celebrated her 53rd birthday and 11 years in recovery in March. She is now happily married and has 3 adult children and 7 grandchildren.

Victoria’s recovery journey has not been easy. She struggled with amphetamine use disorder for years and her relationship with her children and mother was fraught. The second and last time that she admitted into Nexus, she weighed 79 pounds and was near death. “I was tired. I was done. I was at a point in my life where I was basically too scared to live and too scared to die,” reflects Victoria. “I knew then that it was time for me to do something for myself. I wanted to live, so I went back to Nexus.”

She is appreciative of the treatment, counseling, and care she received while at Nexus. She was diagnosed with a co-occurring mental health disorder and received medication alongside treatment for her substance use disorder. She also received counseling and learned how to pinpoint triggers that fueled her addiction. “It’s a program that I’ll never forget…It saved my life,” says Victoria. “If I wouldn’t have went there, I’d probably be dead today.”

Today, Victoria spends most of her time on the road with her husband, who is a long-distance truck driver. She helps him plan his routes and oversees the accounting side of their business. Together, they have travelled throughout the country, although her favorite place is still her native state of California. Victoria moved to Texas when she was in middle school and has called Dallas her home ever since. In addition, she has a seat on the Board of Directors of her daughter’s nonprofit, Value Her Life, which was founded in January 2020 and recently received its IRS determination as a 501(c)(3) charitable organization. Tiffani started her nonprofit to honor her mother, who faced many struggles and was finally able to overcome them with the help of organizations like Nexus. Value Her Life is dedicated to supporting and uplifting women across the Metroplex by providing moral guidance, distributing basic necessities, and offering emotional support.

To the donors and staff who made her recovery possible, Victoria says, “Thank you for saving my life and thank you for giving me the chance to be a mother and a grandmother. I couldn’t have done it without you.”

Nexus Recovery Center is celebrating 50 years by asking 50 people or organizations to gift $50,000. Your commitment to the 50 for 50 Campaign will ensure women seeking sobriety and long-term recovery from substance use disorders have a safe place to turn in the future. By being a part of our mission, you are saying change is possible, grace is available for those that seek it, and resilience can overcome addiction and despair.

50 for 50 contributions will support Nexus Recovery Center’s operations and sustainability. To make a pledge or for more information, click the button below.