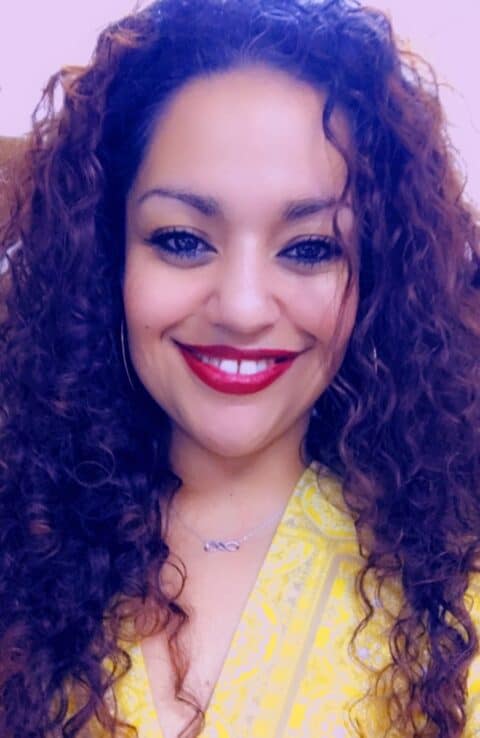 It’s July and Nexus is abuzz with warm-weather activities on campus and in the community. This month’s newsletter features several exciting community partners as well as a story by Nexus alum, Mariana Armas, who recently shared her recovery journey with us. Then, join the action with our Summer Olympic Fundraiser along with a host of other upcoming events.

As a 24-hour residential treatment facility, Nexus takes the security of our campus seriously since women and their children need a safe and secure place to begin their recovery. To enhance security on campus, we recently partnered with PHD Communications, an Addison-based technology company, to upgrade our onsite security system with a new network of cloud-based surveillance cameras. The new security system will increase surveillance coverage at Nexus and allow staff to monitor our 11-acre campus more efficiently. “This is already making a huge difference and we appreciate PHD so much for bringing this solution to us,” says Nexus CEO, Heather E. Ormand.

As a technology company, PHD offers cabling infrastructure, phone services, security surveillance and alarm systems, and access control products that operate within a technology-centric platform that is constantly improved for security and efficiency. “We are excited to provide Nexus with our new security suite of products that operate cohesively in a modern cloud-based environment,” says Doug Garrett, Director of Operations.

In addition to providing technology services, PHD has provided Nexus with a $20,000 gift, the largest donation the company has awarded this year. Giving back to the community is a core value for PHD, which has also partnered with several local area children’s nonprofits to provide charitable giving and technology support services. PHD collaborates with each organization to help with fundraising by bringing in additional partners to build relationships and help magnify contributions. “We don’t expect to end [our support] in 2021,” says Jerry Frankson, CEO and President of PHD. “It is a privilege to work with organizations like Nexus that have a mission to help people get better.”

Delighted to Doula comes to campus

This month, we are excited to highlight our community partner, Delighted to Doula, a nonprofit organization founded in February 2019 that provides free and low-cost postpartum support to women in Dallas County and surrounding areas. Nexus is one of a few facilities in the state of Texas that invites pregnant women into residential treatment before and after childbirth. Our Pregnant and Parenting Women with Children (PPWC) program provides an individually tailored treatment program to meet our clients’ needs, including counseling and care for their children, as well as parenting education and case management so that families can rebuild their lives. We are so appreciative of the support Delighted to Doula and its founder, Prinscilla Moore, have provided the women and children of Nexus over the past several months.

Prinscilla founded Delighted to Doula in order to reduce the maternal mortality rate in North Texas by providing doula services for underserved communities and communities of color. Having worked as a postpartum doula for 10 years, Prinscilla knows that the first two weeks after delivery is a critical time. In addition to supporting mothers and their newborn babies, postpartum doulas are trained to see any warning signs or postpartum complications that can arise after the birth and which can lead to maternal mortality. A postpartum doula can advocate for mothers and help them access needed healthcare and transportation.

Prinscilla began volunteering with our PPWC residential program in October 2020, providing virtual postpartum classes for pregnant women on topics such as postpartum planning, newborn and infant feeding, safe sleep, and mother’s recovery. She recently started offering in-person classes twice a week. In addition to providing education and support, Prinscilla will often supplement her visits by providing Nexus clients with in-kind donations of much needed baby items, like diapers and wipes. “[The moms] here at Nexus need so much. I know that they are struggling,” says Prinscilla. “It just brings me joy to see the smile on their face. That somebody came in and just gave them something, and supporting them, talking to them and just listening. That’s a lot of what I do. My two days here are special. I love coming to Nexus.”

“You can lose everything, but you can get it back.”

Mariana’s struggles with substance use began at the age of 16 when she started smoking marijuana to ‘fit in’ with her peers. After becoming pregnant at age 17, she began working to provide for her daughter eventually getting her own apartment and a car. By the age of 19, Mariana was diagnosed with a rare genetic disease that causes tumors and cysts to grow in her body, and underwent the first of several surgeries she would undergo over the course of her life. In spite of her medical condition, everything seemed fine. However, at age 25, she was introduced to methamphetamine and began spiraling downward, eventually losing everything she had worked hard to achieve. By the time she was 35 years old, she was living in a room outside of her mom’s house, struggling to care for her children and was pregnant once again. In that moment, she realized that she’d had enough. She felt like she was wasting her life because of her addiction and made the decision to go to Nexus.

In February 2018, Mariana and her son were admitted into the Pregnant and Parenting Women with Children (PPWC) program at Nexus and planned on staying for 28 days. Mariana was scared and embarrassed when she arrived. Her pregnancy was considered high-risk and she experienced medical complications both before and after childbirth. Because of her medical condition, Mariana also made the decision to place her newborn son with a family for adoption. She credits the supportive staff at Nexus and her counselors for helping her throughout this process, teaching her how to pinpoint her triggers and utilize tools to deal with negative emotions and past traumas. After remaining in treatment for 103 days, she finally felt like she had calm and peace.

After completing treatment at Nexus, Mariana remained committed to her sobriety. She lived at an Oxford House for seven months and stayed active in Narcotics Anonymous. She eventually found a job as an administrative assistant at Genesis Counseling Associates, which provides outpatient services for substance abuse and related behavioral issues. Working at Genesis Counseling has opened up a new world of opportunity for Mariana. She is now certified to teach education groups for clients on probation, which she considers to be the most rewarding job ever. “It is a blessing to be able to give back,” says Mariana, “I learn as much from my clients as I teach them.” Because of her work at Genesis Counseling, she would like to become a substance abuse counselor.

In addition to finding a new career path, Mariana happily shared other milestones towards rebuilding her life. She is now in her own apartment, has reunified with one of her sons, and has made strides in her relationships with her other children. She has also found a loving and supportive partner and became engaged in November 2020. After years of struggling, Mariana is grateful for what she has achieved thanks to her recovery, “I have a beautiful life. I love it.”

Medals are for Olympians and women in recovery!

At the Olympics, medals are achieved with dedication and practice. Lifelong recovery also requires commitment and support because the race doesn’t end at any finish line. In honor of this year’s Summer Olympics, which will be held in Tokyo from July 23 to August 8, we invite you to join our Summer Olympics campaign and help Nexus raise $10,000 to support women and their families affected by substance use disorders.

As a nonprofit that serves as a pathway to possibilities, Nexus is here, every step of the way, alongside women seeking to live healthy, resilient lives. We celebrate all victories, big and small, one day at a time.

Show your support for our Summer Olympics campaign by sharing your recovery medallions on social media and/or donating TODAY. Better still, start your own fundraising page to become an Olympian fundraiser.