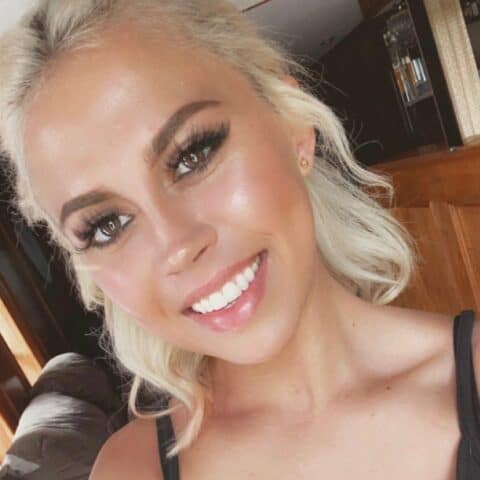 As summer winds down and fall approaches, we are preparing for the start of a new school year for the children in residence, and new beginnings for women leaving treatment and those just beginning their journey.

This month’s newsletter includes research about the increased overdose rate in 2020 and new medication-assisted treatment options for those with opioid use disorders. It also features new staff members who have joined the executive leadership team and Nexus alum, Miranda Hall, who stopped by Nexus to share her recovery story.

On July 14, the Centers for Disease Control and Prevention provisionally reported 92,183 overdoses in 2020, the largest annual increase in 50 years. Nearly three-quarters of the overdoses were attributed to opioids. These alarming statistics make it even more necessary to have medication-assisted treatment (MAT) services for people with opioid use disorders. MAT is a proven and clinically effective treatment option for people addicted to opioids such as heroin and prescription pain relievers that contain opiates. The prescribed medication helps normalize brain chemistry, relieves physiological cravings, blocks the euphoric effects of alcohol and opioids, and regulates body functions. MAT can help sustain recovery and is also used to prevent or reduce opioid overdose.

Nexus is one of six sites selected to participate in a SWIFT (Surmounting Withdrawal to Initiate Fast Treatment with Naltrexone) clinical trial, which tests the effectiveness of Vivitrol, an extended-release naltrexone (XR-NTX), as a “rapid induction procedure.” Naltrexone is one type of medication that is approved for the treatment of substance use disorders, and especially effective for the treatment of opioid use disorder. As part of the study, consenting clients with an opioid use disorder (OUD) are administered a monthly injection in conjunction with substance use disorder treatment services at Nexus.

“Every department at Nexus, from Admissions to Detox to the Med Room, has helped implement the clinical study, which requires coordination and teamwork to be successful,” says Michael. “Counselors across programs are also involved to ensure that the study is benefitting the clients and that we are compassionate throughout the entire process. Since Sofie’s come on, we’re able to give every client as much attention as they need.”

The data collected for this study has the potential to save lives and save money. “Doing this research gives you the kind of data to say, ‘Look, this [medication] does work and it is more cost-effective to pay the $1,200-$1,400 for the injection than it is to pay for repeated detox stints or repeated treatment services’,” adds Sofie.

Nexus is excited to welcome two new members to our executive leadership team! Cameron Hernholm, CFRE joined Nexus in June 2021 as the as the new Chief Philanthropy Officer and Ana Beseda joined Nexus as the new Chief Human Resources Officer in July 2021. Read more about these incredible women below.

As Chief Philanthropy Officer, Cameron will be responsible for all aspects of Nexus’ fundraising, marketing and public relations initiatives and will lead efforts to increase the organization’s financial sustainability.

“I am honored to join the Nexus Recovery Center team,” says Cameron. “Nexus Recovery Center is such a unique organization in our city in how they treat the whole client – from addressing childcare needs to mental health concerns and more, the organization truly seeks to help each and every woman – and their children – seeking assistance, regardless of their ability to pay. I look forward to using my skills to advocate for these women and the resources they need to succeed.”

Cameron has over 18 years of experience as a fundraiser, securing millions of dollars in donations for North Texas nonprofits. She was previously the Chief Advancement Officer at Communities In Schools of the Dallas Region (CISDR), where she launched a $10M capital campaign, securing the campaign’s first major gift and raising additional campaign funds of more than $2M, in addition to leading CISDR’s annual golf tournament to a record-breaking revenue.

In her spare time, Cameron shares her passion for philanthropy as an adjunct professor at Paul Quinn College and is active in the nonprofit sector as a community leader and volunteer, serving on several area nonprofit boards, including the Friends of Solar Prep Foundation and the University of North Texas Dallas County Alumni Association. She also volunteers with AFP Greater Dallas and Mount Olive Lutheran Church. She is a member of the Lakewood Service League, Lakewood Women in Business, League of Women Voters, and Texas Women’s Foundation XIX Society.

Ana Beseda brings over 15 years of human resources (HR) experience to her new role at Nexus. She specializes in providing guidance and leadership to senior and executive teams in the behavioral health industry and has extensive hands-on experience leading HR initiatives including policy design and culture management, recruiting and compensation planning, career pathing and performance management, and compliance reporting.

Prior to joining Nexus, Ana supported both established organizations and startups providing best practices in human resources management in their different stages of growth. Ana held the position as the Vice President for Human Resources for WellBridge-SRP Medical, then as the Senior District Director of HR for WellBridge-Kindred Behavioral Health Division. Ana’s healthcare experience includes working at Carrollton Springs for Springstone, Inc., and United Surgical Partners, Inc.

Ana studied Human Resources Labor and Employment Law at Tulane Law School and holds certifications in facilitative leadership, diversity and inclusion and human resources management and strategy. She has an unwavering passion for people and makes it her goal to provide a platform for staff to be heard, respected, and treated fairly in all matters. She also enjoys mentoring young professional woman to help them see their own potential and realize their career goals.

“I am thrilled to join the impressive executive team that has been assembled to lead our new strategic and operational initiatives. I look forward to executing Nexus’ new human resource strategies that will be integral to our fast-paced growth plans,” says Ana. “My passion around the total employee experience and helping each employee reach their full potential is well aligned with the high-performance culture at Nexus. I am honored to be here.”

Miranda never thought that she was experiencing addiction because the substances she was using were prescribed by a doctor. However, she would experience withdrawal symptoms if she stopped taking her pills for a couple of days. After experiencing the tragic deaths of two loved ones, she began buying OxyContin off the street and using it to ease the pain she was going through. However, using three different substances began affecting her life: she lost her job and her home. Since she didn’t have money or insurance from her employer, she was unable to get her prescriptions and switched to their street form – heroin and meth. Reflecting on this period of her life, Miranda says, “I had never been that depressed in my life. I just remember sleeping and not wanting to live life. I could barely function. I was just in so much pain and so ashamed of myself because I felt like a complete failure as a mother.”

After Child Protective Services (CPS) removed her 9-year-old daughter, her boyfriend became controlling and both verbally and physically abusive. In February 2020, she found out that she was pregnant with her second child. With no place else to go during COVID, she had to shelter-in-place with her abuser. She prayed for her baby’s safety and found solace in her relationship with God. She gave birth to a baby girl in October 2020 and decided to place her with a longtime friend. She continued to use. Although the next three months were some of her darkest moments, something had started to change inside her.

Miranda eventually reached out for help and entered treatment at Nexus on February 2, 2021. “I was so ready. I didn’t care what it was going to take. It was no longer about proving anything to anybody. I was doing this for myself,” she says. “[When] I got to Nexus, I remember feeling free.” For the next 28 days, Miranda focused on her recovery, her faith, and herself. She resided in the Detox dorm, attended groups, and met with her counselors. As time passed, she could feel the shame begin to lift away. She completed residential treatment on March 1, 2021 and began participating in Nexus’ outpatient program.

Since leaving Nexus, Miranda’s life has improved. She is currently living in an Oxford House and regularly attends NA and AA meetings. She shared her certificate of completion for Nexus’ outpatient program on social media, which helped her get a job as a dental assistant, her former profession. Now sober and employed, she has also made strides to reunify with her children. She looks forward to getting full-time custody of her 9-month-old in September and hopes to modify her parent-child relationship with her oldest, who she currently sees once a month through the courts. In her free time, Miranda also enjoys playing volleyball every Saturday and kayaking.

Miranda’s Christian faith remains strong. She enjoys going to church and hopes to one day overcome her fear of public speaking so that she can share her faith and help people. She also hopes to get married one day and expand her family. Having experienced the darkest of times, Miranda is grateful for all the blessings she has received and her recovery, saying, “It feels very good to look forward to the future.”

Nexus is participating in Communities Foundation of Texas’ North Texas Giving Day (NTX Giving Day), a day of GIVING to support nonprofits in our region. Join thousands of North Texans who participate each year by donating to Nexus to show how we, as a community take care of each other.

A little goes a long way when North Texans all give at once. No matter the size of the gift, your gift matters! Donating on this day will help women and children affected by substance use disorders receive the treatment and services they need to find their recovery path and rebuild their lives. Help us spread the word to your friends and loved ones about Nexus and NTX Giving Day! Follow us on social media and don’t forget to tag #NexusRecovery and #NTXGivingDay if you’re posting online.