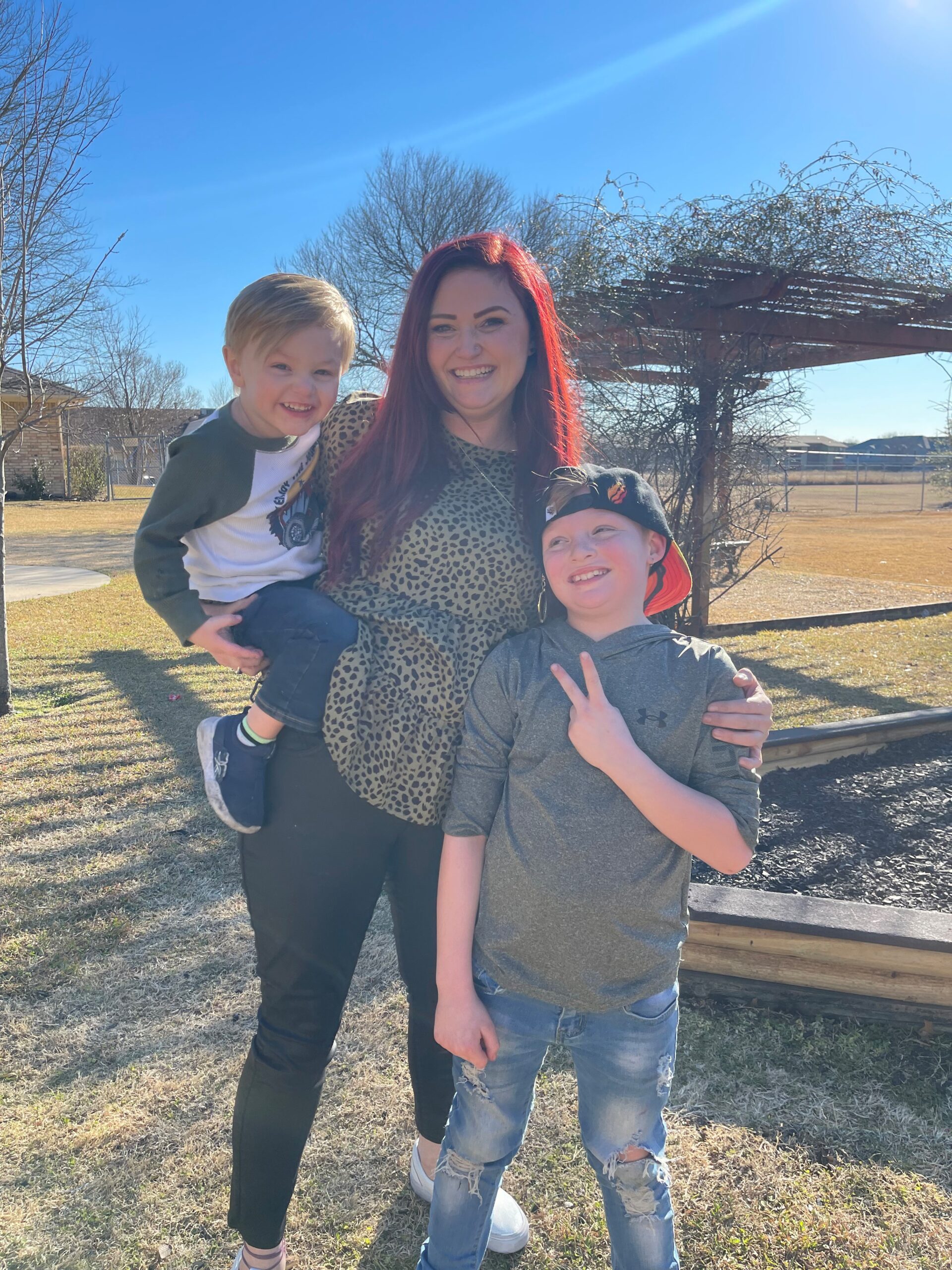 Informative and compelling morsels are featured in this month’s edition of the newsletter. At the April 27 Noontime With Nexus event, we will be honoring our volunteers; Nexus’ campus is enjoying an added measure of security thanks to the campus lighting project; Louise Collins is tapped as 2022 chair for the Auxiliary of Nexus’ Mother’s May Brunch; and a tale of redemption and grace from Nexus alum, Jade Rose, offers hope and inspiration.

It was the security concerns of Nexus’ primarily female staff who work evenings and navigate the campus late at night that was the catalyst for new campus lighting as an added measure of security.

During Daylight Savings Time, Betts said it typically gets dark at 5:45 p.m. and remains dark until nearly 6:30 a.m. “It’s important for clients and staff to feel safe. We have additional lighting systems internally and externally, inside and outside the campus, in the courtyard, and along the sidewalks.”

On top of new campus lights, Betts said his security analysis also encompassed the campus’ landscape areas. “With more lighting, we also needed to trim back many of our trees, such as our crepe myrtles; some of them had grown 30- to 40-feet tall.”

Betts credits his new facilities team who evaluated the needs before moving forward with a security plan. Prior to the new hires, Betts said an outside third-party company was used to take care of myriad issues, including lighting solutions.

“In August or September, we hired a couple of new facility staff. Our goal was to do this (project) in-house,” said Betts. “We’re lucky to have new facility workers who evaluated the security issue and found what we needed.”

Volunteerism. Volunteer. Voluntary. It’s a verb. It’s a noun. It’s an adjective. But most importantly, it’s a much-appreciated trio of action words that are valued by our organization. Now mark your calendars! From 12:30 p.m. to 1:30 p.m., on Wednesday, April 27, we will host Noontime With Nexus Volunteer Appreciation Day. In celebration of National Volunteer Month, we will be recognizing the valuable contributions and hard work of our volunteers. Hope you can join us!

In recognition of April as National Volunteer Month, we’d like to give a collective ‘shout out,’ to the myriad of altruistic souls who through the years, contributed their time, energy, skill set and spunk, to helping Nexus achieve its mission. This month, we plan on sharing on social media, a few stories about some of our selfless volunteers who give their time and help women and their families in their recovery journey. We are so incredibly grateful for their noteworthy generosity and significant contributions.

If you’re interested in sharing your talents with Nexus, we have a variety of areas where you could be of service. Some of the center’s areas in which volunteers can contribute include Weekend Storytime, baby showers and organizing craft supplies. Click here for the complete list of volunteer opportunities.

For 32-year-old Jade Rose, a mother of three, the decision to regain her sanity after a lifetime of losing it due to substance use disorder, is an exercise in forgiveness, gratitude, healing, dogged determination, and flat-out intestinal fortitude. She’s on the mountaintop now, but admits the climb was brutal because of her IV meth-plagued journey.

Jade was 13 years old when she began using meth. Soon after, other substances followed. “I started smoking pot at 13, pills at 13. I dropped out of the eighth grade just to get high.”

At 15, she got pregnant, and Jade found the strength to quit drugs cold turkey. She also re-enrolled in school and managed to stay sober – with a qualifier – for the next decade. “I say ‘air quotes’ sober. I didn’t do meth for 10 years, but still did pills, smoked pot and drank. I still used; I justified my use,” Jade admitted.

A traumatic life event triggered her relapse. “I was an IV drug user. My (step) dad died on April 28, 2020, and I relapsed that day,” she said. She soon moved back into her mother’s home and failing to do any sort of counseling, fell into her old ways. She admits it was a big mistake moving back into her mother’s house and she restarted her full-blown meth use.

Jade attributed her subsequent relapse to entering Nexus for the wrong reasons. “The first time, sobriety wasn’t my biggest concern; just getting my kids back. Just keeping CPS out of my life was my biggest concern. And that makes a difference.” She admitted the second time she entered Nexus was for the right reasons – a desire to get clean and sober for herself – not to satisfy the folks at CPS.

Her second attempt at sobriety at Nexus was more successful. In addition to helping her get healthy, she said her counseling sessions also improved her mothering abilities. “I literally took it one day at a time the second time. I worked at my own pace. I got the therapy I needed. I did COPSD (Co-occurring psychiatric disorder) therapy. Both my kids went with me (to Nexus). “I went to play therapy with my kids and worked on our relationship”

In addition to owing her recovery to Nexus and the structure and consistency the center provided her, Jade said her faith in God contributes to her recovery success.

The excitement is building for the Auxiliary of Nexus’ inaugural Mother’s May Brunch, taking place from 11 a.m. to 1 p.m., on Saturday, May 21, 2022, at the Dallas Country Club. We’re pleased to announce the brunch will be chaired by Louise Hallam Collins. Tickets and sponsorships are available now by accessing this link. Event proceeds benefit the mission of Nexus Recovery Center to serve as a community of hope and sobriety for all women and their families who strive to live healthy, resilient lives.

This much-anticipated brunch event is a celebration of all women and mothers and is we are grateful to have honorary co-chairs, Harriet Jeffers and her daughter, Laura Jeffers. Nexus Recovery Center is a unique recovery organization that offers residential sobriety support and services to women with children.

“The Auxiliary of Nexus is thrilled to present our inaugural Mother’s May Brunch,” said Collins, who also is an Auxiliary member. “We hope this event inspires countless members of our community to celebrate the mothers and women in their lives, as well as support Nexus Recovery Center, and all the life-changing work the organization does for so many North Texas women on a daily basis.”

Professionally, Collins works in the marketing department of the Ben E. Keith company where she handles community and nonprofit sponsorships. She is mom to son, Oliver.